Reminder: this space is for sharing advice, tips, and encouragement. Comments asking for donations or shares will be removed.

How do I keep momentum without coming off as pushy? 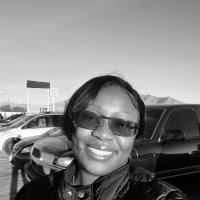 Good morning everybody. I am new to gofundme as far as creating an account and would like tips and advice on keeping the momentum going when only a few people share the link. I am trying to help out a close friend that recently lost his mother to pancreatic cancer, and I do not want to come off as pushy. Any advice would be greatly appreciated. Thanks in advance.